Shalom! My name is Tom Blanchard. My wife Lucy and I ministered in France for over 33 years, where I served as a church-planter and pastor-teacher in the Paris suburbs, the French Alps, and Alsace. I also served as Professor of Old Testament and Hebrew at the Institut Biblique de Genève in Switzerland, the Institut Biblique de Nogent-sur-Marne near Paris, and the Torchbearer school DEFI near Grenoble. We are now retired and serving in our local church in Phoenix, Arizona.
I’ve been teaching Hebrew (in both French and English) for a long time, in Denver, Phoenix, Paris, Lyons, and Geneva. Like my colleagues Mark and Adam, I fell in love with the language many years ago, and I try to communicate that passion to my students.

I started making my videos in French (gardetonhebreu.com), after seeing Dr. Plummer’s Daily Dose of Greek. Since I was already doing the setup and exegetical work, I began recording an English version as well. It’s a joy and a privilege to now contribute in some small way to the Daily Dose of Hebrew.

I wish you Bon Voyage on your journey of discovering more of God’s Word in the original language. 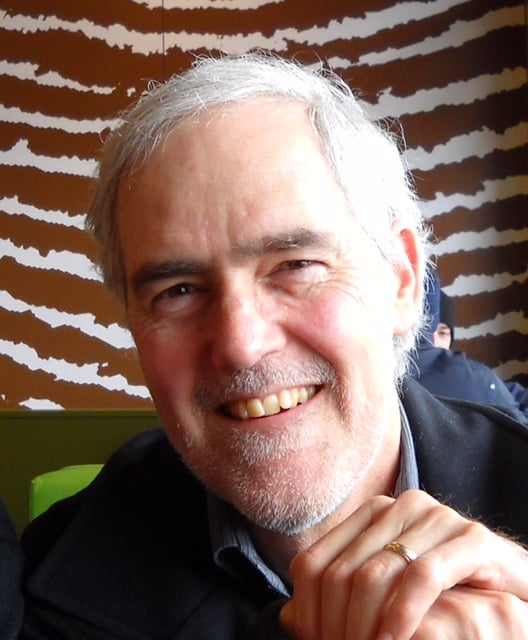 We labor to provide quality training and content to students and pastors around the world. This means we could use your help. Partner with us. Make a tax-deductible donation today.

Subscribe and we'll have the 2-minute daily dose waiting for you in your Inbox every weekday.

With convenience like this, you're running low on excuses.